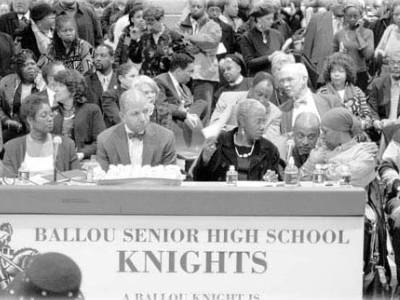 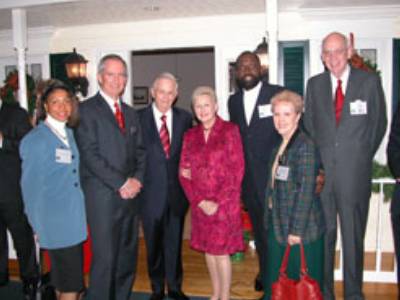 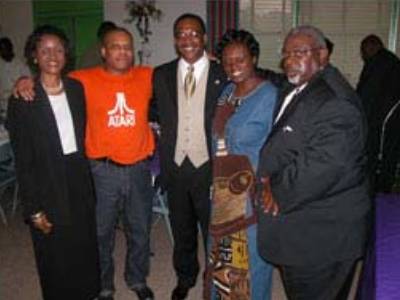 Rufus Mayfield And His Mission

Destiny - Pride, a District of Columbia non-profit corporation, was formed to facilitate and provide collaborative support, resources and services through a variety of educational and social programs, to promote the social welfare of children, youth (including those with social-emotional barriers to learning) and the families from which they come. Emotional barriers may include mental health concerns, behavioral issues, family/environmental stressors, and exposure to violence and/or trauma. Destiny – Pride will facilitate the wraparound of services and resources by networking with governmental agencies, community service providers, and other key stakeholders, therefore providing overarching support of continuum care.

Destiny – Pride is the genesis and brainchild of Rufus Mayfield, its President. He has over 40 years of human services experience under his belt, continues to feel the tug at his heart to continue the work he so faithfully carried out during his tenure with the District of Columbia's Department of Human Services (DHS).

Before working at the Department of Human Services, one of Mayfield's roles was a city activist. He endeavored to bring the plight of the city's residents to the attention of the government. Through the youth organization which he co-founded, "Pride, Incorporated," Mayfield hired hundreds of black youth, giving them opportunities they otherwise would not have had and provided for them the opportunity to build self-esteem, while at the same time earning a living. While with the Department of Human Services (DHS), Mayfield worked feverishly to develop a community outreach component to better acquaint the public with its services and goals. He, however, discovered that the residents DHS sought to serve were, for whatever reason, reluctant to take advantage of its myriad of services, programs, and resources. He then embarked upon the task of putting together a strategic plan to get those services directly to the residents and their communities. He assisted with the creation of a strong government / private partnership, and through various collaborative efforts with the DHS' sister agencies as well as the city's community service providers and other key stakeholders, Mayfield and his staff were able to successfully sponsor numerous service fairs throughout the city, bringing together the services and resources of various stakeholders to the residents of the city, including the Department of Employment Services and Workforce Development, thus bringing direct opportunities through onsite employment opportunities.

Other outreach efforts included partnering with officers of Toys for Tots to bring Christmas joy to the city's most disenfranchised children and families. Through discussions with several pastors and ministers of local churches, Mayfield worked to establish a faith-based advisory board that interacted with DHS' Director and kept her attuned to the ongoing needs and challenges of the city's residents. This gave the pastors an early opportunity to have an influence on budget priorities for the upcoming fiscal year. This also enabled the pastors to work together among themselves to develop programs geared to service the residents within their church communities. One such program was the "Adopt-A-Family" program, which allowed individual church communities to adopt families that were in distress and to case-manage them to bring the services and resources to them to take care of the social needs and concerns that confronted them.

Mayfield served on the Neighborhood Service Core Team, where he coordinated city-wide collaborative efforts, working with the Mayor's office, the Metropolitan Police Department, and other key stakeholders to reduce crime and violence in DC's neighborhoods. He also worked closely with the Deputy Director/Acting Administrator of the Youth Services Administration to stabilize DC's Oak Hill Youth Facility. As part of the Mayor's Emergency Command Center team, Mayfield also assisted during a number of catastrophes, including Hurricanes Isabel and Katrina, where he spent numerous hours helping those whose lives were devastated by them. Myriad services and resources were coordinated through the various governmental agencies. Through other collaborative efforts, Mayfield worked within DHS to assist in creating social and economic capacity building among at-risk families, working with the various governmental agencies, such as the Department of Housing, DC Public Schools, the Department of Employment Services, Workforce Development, the Department of Mental Health and the Department of Health, as well as DHS' offices, such as the Office of Strong Families, to provide a mentoring component and to collectively case-manage those individuals to move them from dependency to self-sufficiency.

Although the work was sometimes agonizing, it was also invigorating to be able to make a difference in the lives of those who, at times, exhibited attitudes of hopelessness. And so, upon retiring, Mayfield continued to look for an avenue where he could continue to make his mark. Thus the creation of Destiny - Pride, Incorporated ("Destiny - Pride").
Destiny-Pride became incorporated in June 2009 and received its 501(c)(3) federal tax-exempt status in August 2009.